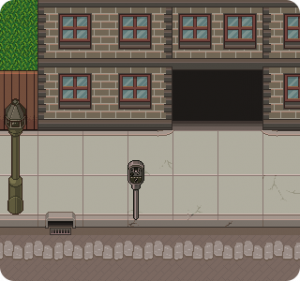 Mafia Life is a 1930's style server with the Mafia theme. You can start being a street gangster, climbing all the way to be a respected "Don" of a family. Shooting style combat with old fashioned guns.

IzariusRyudo (owner of Mafia Life): We are called Mafia Life, so players can literally life the life! In the 1930s day. You will be everything from a normal street gangster, to a don of a powerful family. We have everything ranging from weapons to full on Heists.

Nat: Amazing! What will be the main combat system on the server?

IzariusRyudo: Guns/Melee (Blunt weapons, like you would see in a mobster movie), we are thinking about a basic shooting system using S and Arrow keys, but we are experimenting with a "FPS" Style where you use WASD keys to move, cick to shoot, with the classic R to reload, and E to switch to secondary. We are not sure on which one, because we don't know what the players will like, out of the two.

Nat: Nice. I'm sure players will like new and original types of playing. Now, something that a lot of players think when they login on the server first. What's the contrast from the PlayerWorld server Era?

IzariusRyudo: We have much more content than the Classic server Era. More activities for the players to do, throughout their gameplay, and repeatable quests with Success Rate percents. There will be a Heist system, which people are familier with "Party Quest" or "Raids". Also, its everyones game, meaning you can just start up, and eventually own a business. The game is always changing, and ownership of estates and business' are always changing. Because you literally can live the life.

Nat: "Party Quest" Sound fun :D. Now, last question; What's the current state of the server? What is needed to to apply for the preview status?

IzariusRyudo: We are currently developing the "Demo" gmap. Making a small map for players to experience a very small portion of the game. Currently, that is in severe dev. Since this server is fairly new, about a week and a half old. We are still looking for the talented dev players, for our team.

Oh. also, our staff is very tight knit, and we are very close. We like to chat ouside of the game, and in game.

Retrieved from "https://graalonline.net/index.php?title=Worlds/Mafia_Life&oldid=16724"
Categories:
This page was last edited on 8 July 2010, at 07:18.
Privacy policy
About Graal Bible
Disclaimers