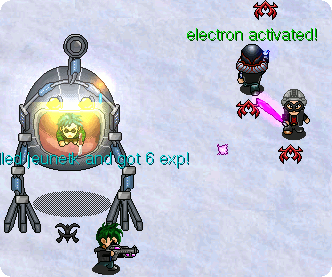 Zone is a futuristic 2D battle server. You can choose a team and a class and directly enter the battlefield. Each planet offers a different style of game play. The goal is to beat the enemy by conquering their bases or by finding all flags and bringing them back to your base.

You can use one of the numerous futuristic weapons such as laser guns and plasma sabre, or use the wide collection of pistoles, riffles and grenades to overthrow your enemy. Additional weapons can be bought for in-game currency in the dropships or gained in events.

On most maps you can also find vehicles such as hover bikes and mechs, which offer protection and powerful arms or let you faster access other parts of the map.

You need to play strategical to be successful - you can use mines for defense, start your jetpack to fly over walls, place boxes to block the path for the enemy or choose the medic class and heal your team members.

There are sevaral different maps on Zone. Each map has its own set of rules and unique style of game play.

Conquer all bases - take over the five bases and your team will win. The main base (Base1) is located at the northen region of the map, it is the base people mainly seek for domination as team members of whoever own the base are able to teleport there using their HQ. This is the most famous map since it allows quite long and challenging battles.

A deathmatch map - the last survivor wins. There is a time limit, the game ends drawn when the time runs out and there is still more than one player alive.

Members of the Events Team can change the rules, like specifying which weapons are allowed. On this map most events for event items are held. 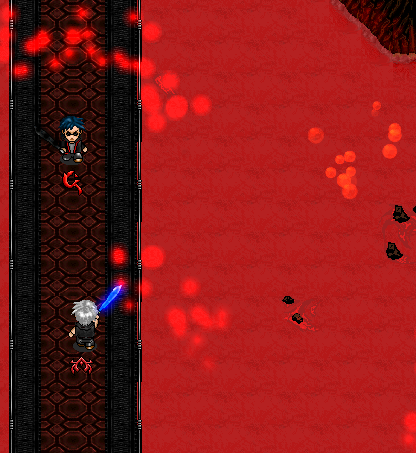 A more tactical map for Zone, as class selection depends a lot on what you do to overcome the enemy. This map is an elimination style map, meaning once you are dead you cannot return until the next round. There are new classes such as the engineer, which is the only class able to drive hover bikes and mechs. The map also utilizes the Dark and Light side classes from the previous map "Zone Wars". These classes are the same as before, but the darkside powers now have a grenade launcher. There are a special type of Scout and Medic on Gwars. The medic supports a blaster which can bounce foes about to knock them away and the Scout has the lavagun and dartgun. There are 2 teleports to the lava caves, where only melee weapons are only allowed. This makes things a lot more instense if there are only a few on your team left. Also, some nice particle effects are used in the caves. The Events Team can restrict the teams to special guild names, so that it is possible for guilds to compete against each other, or one guild can compete against the server.

A classic king-of-the-hill map, up to 4 teams can take part in the battle for the center of the map. If one team has more players standing in the middle than the currently leading team, then it will take over the map. The first team that is protecting the hill for four minutes wins the round. The losing teams will get some time bonus in the next round, for balancing team strength. The Events Team can restrict the teams to special guild names, so that it is possible for guilds to compete against each other.

The goal on Bunker is to control the bases. There are two teams and three bases and each base will be a power line. If your team captures the base, it will take power from the other team's base and will lower their shields. After a certain point the enemies power planet will fail and your team wins. You start with a combat knife and have to find crates to get more weapons. The new helicopter vehicle is also located here. 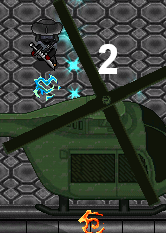 There are a few special planets that are used only for Events.

Platform does not have any specific form of game play. The only distinct difference in game play is that platform has a gravity effect which makes it more difficult to fight, and is much like a platform-game. There are 2 teams in an all-out battle. Platform is open one half an hour every two hours. It alternates with Zone Wars.

Zone Wars has some history. It was originally in the place that Guild Wars (GWARS) is located. It was taken out, much to the dismay of many Zone players. Due to popular request it was brought back as an event world, and is open half an hour every two hours. The game play on Zone Wars is very simple. The objective of the map is to attack the other teams base. There are only two teams, Light Side and the Dark Side. The first team to take down the other teams base wins! 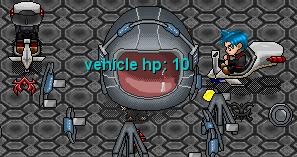 Snowrace is a mini world. Snowrace is composed of 15 different tracks. It is opened by Events Team members. Once opened, you will be asked if you would like to join. If you accept, you will move to the start line. The Events Team member will start the race as either mech, bike, or foot. You will be put in that vehicle, or on foot, and you will have to race to the finish. The first one there wins.

Jumprace is a mini world. When opened, you will be asked if you would like to join. If you accept, you will be warped to the start line. You will have a Blaster or, if you have it, you can use a Gravity Hammer. An Events Team member will start the round, and the objective is to avoid the obstacles and other players to finish first.

Lava Event involves Blasters. An Events Team Member will call the event and will start it. Once started, Blasters will blast you back a few tiles. If you happen to hit the outside, you will be warped out of the event. The last man, or woman, left wins! It is much like a "Sumo" or "Fallout" event on a Classic server.

Events team members can spawn vehicles of any hitpoints. Once the event is started the last person left standing wins.

Retrieved from "https://graalonline.net/index.php?title=Worlds/Zone&oldid=13298"
Categories:
This page was last edited on 29 September 2009, at 14:11.
Privacy policy
About Graal Bible
Disclaimers