This playerworld was at one time a preview world, selected by the Playerworld Administration team in order to increase visibility and help the playerworld's staff team in hiring new members. 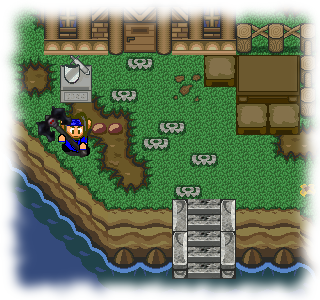 Zenox is an international classic styled development server with unique RPG and strategy game elements. It has its own baddies, movement-, item- and shop-system. Also the PvP system is unique because it has a lot of fairness and freedom for the interaction between experienced and inexperienced players.

The playerworld is rich in nature and unique styled buildings, dungeons and landscapes.

At least the important things are done but more content is needed to attract players. The development process is slowed at the moment because of lack in experienced development staff for graphics-, content- and level-design. There is a small, friendly staff team yet.

Certainly, Zenox is one of the most sophisticated development servers and will continue its development process in the next future.

It has begun with the idea of a 19 years old German boy. The idea he had was to build up an unique and flexible MMORPG game with strategy game elements. He had abilities in programming and experiences in development. Also he liked to put his plans into actions.

A few years ago, a school friend told him about Graal so he gave it a try - and he liked it and had fun in playing it. He mostly played the German server Atlantis which unfortunately has gone after a few years. Once he found time, he thought about renting his own Graal server and did it.

Some experienced and inexperienced staffs have found their way in our staff team but not every one stayed because of lack in abilities, time or interest. A process of much work, successes and failures began but every failure has gained the experiences in developing. As many ideas as possible have been realised but not all ideas were good enough to stay longer.

Retrieved from "https://graalonline.net/index.php?title=Worlds/Zenox&oldid=17069"
Categories:
This page was last edited on 23 August 2010, at 06:33.
Privacy policy
About Graal Bible
Disclaimers