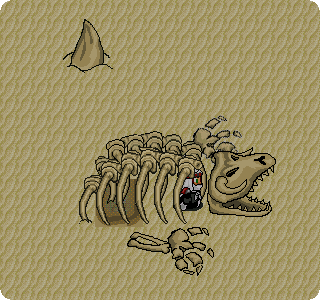 Valikorlia is an RP-based playerworld, currently under management of Omake. It is the only classic playerworld to use an overview overworld, where you see your player on a map rather than walking in actual levels.

Valikorlia’s latest update has been designed to bring the Roleplaying Server more in line with the systems used by most MUD-RPGs, while keeping the visual style that Graal provides. Improvements have been made to streamline combat determinations, allow players more flexibility with their weapons, and encourage players to focus on and develop a smaller set of characters.

Among the smaller aspects of this update, players will notice a small dice icon in the top left corner of their screen. When double clicked, the player will roll a single twenty-sided die. While the staff will not enforce use of this, players are encouraged to use it when settling a dispute in basic combat such as evasion, parrying, etc.

Character Slots have received a major update. Players now have five slots they can bring up using the “Change Character” icon beneath the die. Each slot displays the character’s head and name.

Every character slot will also have a separate set of character profiles that anyone can access by right clicking your character. Between these four profiles, players will be able to see your character’s description (provided by you), approvals, well-known deeds, and skills.

Players will also be given a new system to supplant NPC-Weapons in the form of a ganisetter. Players can change weapons by saying setweapon "weaponname"; however, players will require the weapon type to be added to their character by an RPA before use.

While this new revision is not the fabled New Valikorlia, it is a huge leap in development and organization for "Old Val".

With the coming of a new management, under Omake, Valikorlia has many plans. The first and foremost is to provide the players with a new world in which to roleplay in. Other plans include updating the server to GraalScript 2, which will provide the basis for a much-needed new system. Also, along with the development side of the new management, a new storyline is forming in which players will participate in a summer-long war between nations.

Retrieved from "https://graalonline.net/index.php?title=Worlds/Valikorlia&oldid=15759"
Categories:
This page was last edited on 12 April 2010, at 11:56.
Privacy policy
About Graal Bible
Disclaimers