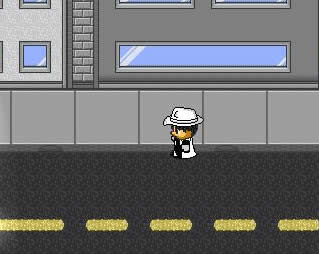 Sands of Glory was a under construction hidden playerworld owned by Jave Cross (account: shyguy2).

Sands of Glory had many staff during its period of existence. Jave Cross, who became known as Amar Shire, founded the playerworld with a real-life friend named Drake (account: drakehighlander). Jave and Drake have also founded other servers together, such as Seilius, which was a fantasy RPG server.

Sands of Glory lasted for slightly over a year. SoG, as it was abbreviated, had a rival server named Graal X which was owned by KuJi. These servers both existed at the same time, so they both generated a lot of interest. Sands of Glory went down for "repairs", from which it never returned. Players could come in and walk around in a black abyss on the server. Sands of Glory later turned back into Seilius. Seilus turned into Syn, which went very far in development, but was never released for no particular reason, even though it was completed. After this, Syn turned into Vesporia, which still exists today and is undergoing much development. See the blog here for updates.

Sands of Glory was set in the future, though not in the way Zone is. The way you played was more of a arcade-style; you would choose your team for each round you wanted to play. You made money as you killed people. When you died on a battleground, you were warped back to the start level. The teams were not set in stone, and teams were sometimes very unfair. To counter this, a auto-team selector was scripted, which met with protest from the players. Basically, the story behind the fighting is that the world has fallen into shambles, and two forces are fighting to take control; Faction 5 and Wrath of Amon. Instead of futuristic weapons, there was an accident and a load of WWII weapons were brought in to the shop. Eventually, an overworld called Aeria was added, but many point to this as the reason that Sands of Glory failed.

A great many people have attempted to remake Sands of Glory, due to TheJames, who was paid by KuJi from Graal X. TheJames applied for scripter at Sands of Glory with an application KuJi wrote out. With access to one single script, which was all he had, he used a malicious script to download every level, graphic, and script to his computer. KuJi wrote this script to back up his server, yet it can also be abused very easily. This was the time before NPC-Server rights, so the NPC-Server could read and write to every single file on the server.

Retrieved from "https://graalonline.net/index.php?title=Worlds/Sands_of_Glory&oldid=13044"
Categories:
This page was last edited on 9 September 2009, at 22:36.
Privacy policy
About Graal Bible
Disclaimers